Everyone thinks they know the story of the fourth wife of Henry VIII.  She was the German princess whom he married for diplomatic reasons, but when the 48-year-old widower first set eyes on his 24-year-old bride-to-be, he was repulsed.

With great reluctance, Henry went through with the wedding – saying darkly, “I am not well handled”—but after six months he’d managed to get an annulment and the unconsummated marriage was no more. Although Anne had behaved impeccably as queen, she accepted her new status as “sister” and lived a quiet, comfortable existence in England until 1557, when she became the last of the wives of King Henry VIII to die. 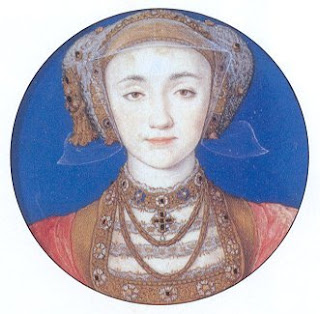 And so Anne of Cleves has either been treated as a punchline in the serio-comic saga of Henry VIII’s wives or someone who was smart enough to agree to a divorce, trading in an obese tyrant for a rich settlement. But the life of Anne of Cleves is more complex than the stereotypes would have you believe. 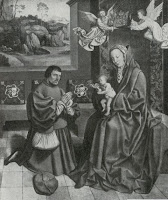 1.) Anne’s father was a Renaissance thinker.  The assumption is that Anne grew up in a backward German duchy, too awkward and ignorant to impress a monarch who’d once moved a kingdom for the sophisticated charms of Anne Boleyn. But her father, Duke John, was a patron of Erasmus, the Dutch Renaissance scholar.

The Cleves court was liberal and fair, with low taxes for its citizens. And the duke made great efforts to steer a calm course through the religious uproar engulfing Germany in the 1520s and 1530s, earning the name John the Peaceful. He died in 1538, so his must have been the greatest influence on Anne, rather than her more bellicose brother, William.  In Germany, highborn ladies were not expected to sing or play musical instruments, but Anne would have been exposed to the moderate, thoughtful  political ideals espoused by William the Peaceful.

2.) Anne was born a Catholic and died a Catholic. Her mother, Princess Maria of Julich-Berg, had traditional religious values and brought up her daughters as Catholics, no matter what Martin Luther said. Their brother, Duke William, was an avowed Protestant, and the family seems to have moved in that direction when he succeeded to his father’s title.

Anne was accommodating when it came to religion. She did not hesitate to follow the lead of her husband Henry VIII, who was head of the Church of England. But in 1553, when her step-daughter Mary took the throne, she asked that Anne become a Catholic. Anne agreed. When she was dying, she requested that she have “the suffrages of the holy church according to the Catholic faith.”

3.) Her brother had a marriage that wasn’t consummated either.
Duke William was not as interested in peace as his father. What he wanted more than anything else was to add Guelders to Cleves—but the Holy Roman Emperor Charles V had other ideas. William took the bold step of a French marriage so that France would support him should it come to war.

His bride was Jeanne D’Albret, the daughter of Marguerite of Angouleme and niece of King Francis. The “high-spirited” Jeanne was only 12 and did not want to marry William. She was whipped by her family and physically carried to the altar by the Constable of France.  But when Charles V took hold of Guelders, France did nothing to help William of Cleves. The four-year-old marriage was annulled—it had never been consummated. Her next husband was Antoine de Bourbon, whom she loved. Their son would one day become Henry IV, king of France.

4.) Hans Holbein painted her accurately. The question of Anne’s appearance continues to baffle modern minds. In portraits she looks attractive, certainly prettier than Jane Seymour.  A French ambassador who saw her in Cleves said she was “of middling beauty and of very assured and resolute countenance.”

It is still unclear how hard Thomas Cromwell pushed for this marriage, but certainly he was not stupid enough to trick his volatile king into wedding someone hideous. The famous Hans Holbein was told to paint truthful portraits of Anne and her sister Amelia. After looking at them, Henry VIII chose Anne. Later the king blamed people for overpraising her beauty but he did not blame or punish Holbein. The portrait captures her true appearance. While we don't find her repulsive, Henry did. 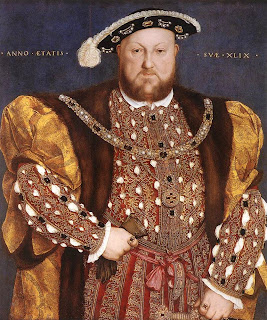 5.) Henry VIII never called her a “Flanders Mare.” The English king’s attitude toward his fourth wife was very unusual for a 16th century monarch. Royal marriages sealed diplomatic alliances, and queens were expected to be pious and gracious, not sexy.

Henry wanted more than anything to send Anne home and not marry her, which would have devastated the young woman. He was only prevented from such cruelty by the (temporary) need for this foreign alliance. But while he fumed to his councilors and friends, he did not publicly ridicule her appearance. The report that Henry VIII cried loudly that she was a “Flanders mare” is not based on contemporary documents.

6.) Anne of Cleves wanted to remarry Henry VIII. After the king’s fifth wife, young Catherine Howard, was divorced and then executed for adultery, Anne wanted to be queen again. Her brother, William of Cleves, asked his ambassador to pursue her reinstatement. But Henry said no. When he took a sixth wife, the widow Catherine Parr, Anne felt humiliated and received medical treatment for melancholy. Her name came up as a possible wife for various men, including Thomas Seymour, but nothing came of it. She never remarried or left England. 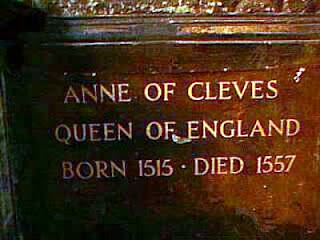 7.) Anne of Cleves is the only one of Henry’s wives to be buried in Westminster Abbey. Henry himself is buried at Windsor with favorite wife Jane Seymour, but Anne is interred in the same structure as Edward the Confessor and most of the Plantagenet, Tudor and Stuart rulers. In her will she remembered all of her servants, and bequeathed her best jewels to the stepdaughters she loved, Mary and Elizabeth.

Anne of Cleves appears as a character in two books of my trilogy: The Chalice and The Tapestry.
Posted by Nancy Bilyeau at 4:05 PM