A 'Quantum' Leap with Patricia Cornwell

I have enormous respect for Patricia Cornwell, who has sold about 100 million Kay Scarpetta mysteries--not bad, right?--plus devoted herself to solving the Jack the Ripper identity challenge, paying for her own forensic research.

But then I heard that she was starting a new series with a cybercrime plot. Wow. I had to put up my hand with Thomas & Mercer to request an interview of Cornwell on Quantum. Cybercrime is my wheelhouse, so to speak. 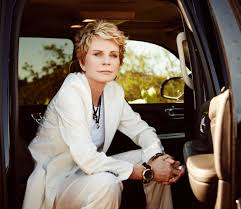 In my phone interview, Patricia was fascinating and funny, talking a mile a minute. Here's the opening of my story for BookTrib:


One on One With Patricia Cornwell: Scarpetta, Forensics, Cybercrime and More

"My special sauce is to make things a little creepy. If you don’t want to be creeped out, don’t read me because I’m going to be doing something creepy somewhere.”
Patricia Cornwell transformed the mystery genre with her Kay Scarpetta series, which made its debut in 1990 with Postmortem and set off a frenzy of enthusiasm for learning the details of forensics. Since then, she’s sold some 100 million books.
After working as a journalist, Cornwell had taken a job at the Office of the Chief Medical Examiner of Virginia, and the knowledge she gained was put to great use in the creation of Scarpetta, the brilliant blonde Chief Medical Examiner for the Commonwealth of Virginia at Richmond.
Now Cornwell is launching a new thriller series with the novel Quantum (Thomas & Mercer), featuring Dr. Calli Chase, a young NASA pilot, quantum physicist, and cybercrime investigator.
When the novel begins, Chase is investigating a tripped alarm in the tunnels below a NASA research center in Virginia. Outside, a blizzard is bearing down and a government shutdown looms. Inside the tunnel, Chase is busy dealing with the complaints of a claustrophobic colleague when she discovers a spatter of dried blood where no one should have been.


To read the rest of my interview, go here.