I reviewed two biographies of Henry VIII for the folks at earlymodernengland.com. These books put forward very different theories of what "went wrong" with the king after the age of 40. 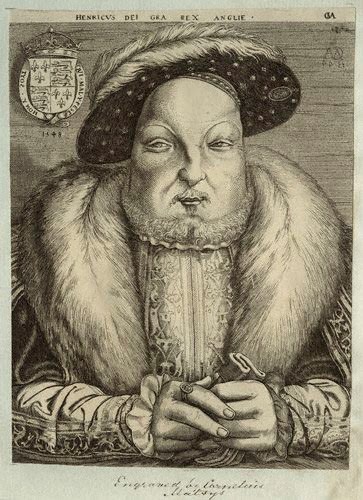 "On Christmas Eve, 1545, the man who had ruled England for 36 years, Henry VIII, appeared before Parliament. All assembled had expected Lord Chancellor Thomas Wriothesley to address them before prorogation. But it was instead a morning for a king's speech.

Henry VIII did not arrive at Westminster with anything approaching speed or grace. Surpassing 300 pounds, the king suffered astoundingly poor health. He was plagued with severe headaches, constipation and recurrent fever. His foul-smelling, ulcerated legs could barely support him; he was sometimes carried around his luxuriously appointed palaces in a chair and lowered onto his unfortunate horse by a sort of crane..."