The Viral Reach of Anne of Cleves

To my delight, and continuing surprise, the post I wrote for English Historical Fiction Authors titled "Seven Surprising Facts About Anne of Cleves" recently hit 55,000 original page views. It's the most widely read blog post I've ever written and the highest scoring one in the five-year history of EHFA, too. 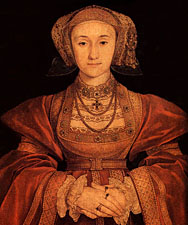 Why did this post, among the dozens I've written, go viral?

One reason could be the widespread sympathy Anne generates. Henry VIII treated her badly. Although in 1539 he was obese, plagued by chronic illness, and dragging around a terrible marital record (one divorced, one beheaded, and one died), he undoubtedly viewed himself as a Prince Charming. Henry VIII arranged to marry Anne of Cleves for strictly diplomatic reasons, yet the moment he set eyes on her in England, he raged against her lack of attractiveness to his friends and councilors. Looking at the painting today, we don't see why he'd feel such repugnance. She's more attractive than Jane Seymour, surely. It's a mystery.

The marriage, never consummated, was annulled. Anne of Cleves became, in her own lifetime and in centuries since, a comic figure.

I think that one reason I wrote this post was in response to a theory that has developed about Anne of Cleves. She received a generous settlement from a king relieved by her cooperation and eager to marry the flirtatious Catherine Howard. Anne stayed out of Henry's way. To some, she became the most fortunate wife, the one who lived the longest. She must have laughed all the way to the bank--that's the way people want to think of her.

I researched Anne of Cleves' life after deciding to use her as a character in The Chalice and The Tapestry. The truth is, a divorced woman laughing all the way to the bank is a 20th century conception. When Henry VIII divorced her in 1540, she was deeply humiliated and agreed to remain in England because she did not want to return to the court of her brother. She played little part in public life after the king rejected her at the age of 24. She saw her stepchildren occasionally, but for the vast majority of time she lived alone among her servants until she died in 1557.

Historical facts undercut the image of the blissful divorcee. The Cleves ambassador approached Henry VIII on the possibility of remarriage to Anne after Catherine Howard was executed. She was treated for melancholy within a year of the king's refusal to take her back, and she publicly objected when the king took a sixth wife, saying, "Madam Parr is taking a great burden upon herself."

Everything I read convinced me that, despite all of Henry VIII's obvious shortcomings and even the potential danger, Anne of Cleves wanted to be queen of England. She was prepared for it, in the short time she reigned as queen she did a good job, and she was upset by her rejection and forced retirement.

An intelligent woman, she made the best of her fate. But she was, if not a victim, a tragic figure. She outlived Henry VIII, yes. But it was not a full life, and I doubt it was happy.

I am glad that in my blog post on her life, I'm able to highlight some points of interest on Anne of Cleves, and give her some dimensions without lapsing into modern assumptions. She deserves that much, at least.

Author Panel: Getting Into Print 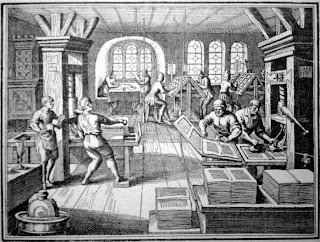 I was asked to speak on a panel sponsored by Historical Novel Society-New York: "Getting Into Print." It looks like a good one!

The panel and general discussion will focus on publishing through traditional, indie, and small press channels. Panelists will share our unique experiences, reveal the pros and cons of each method, and answer questions from the audience.

Posted by Nancy Bilyeau at 8:37 PM No comments: