The New York Times, Richard Price, and Me

I was fortunate indeed to interview Kevin Flynn, an editor and investigative reporter for The New York Times who was part of the team that won the Pulitzer for its coverage of 9/11. Flynn edited the anthology The Book of Crime:

I began the interview for website The Crime Report curious about what role investigative journalism and crime reporting can play in today's changing media landscape and he gave a thoughtful reply. I'm sharing here the beginning of my story:

The Crime Report: Looking at the breadth of these crime stories, the tremendous variety, it’s hard not to think about the state of the media today. How do you see crime coverage at the big urban dailies evolving in a time of staff cutbacks and digital disruption?
Kevin Flynn: I don’t know that I’ve read enough into the coverage of folks outside New York to be much of a national expert, but I don’t think there is any question that here in New York City there has been a move toward lesser coverage of smaller crimes by the dailies. To some extent, that has been offset by the work of websites like DNAInfo, which has done a good job of covering local crime. And to some extent, the proliferation of social media tools like Twitter has made everyone a local crime reporter.In situations like a bombing or a bomb scare, dozens of largely reliable people now have the ability to report their first-person perspectives on what happened. It’s a tool we have to be careful in relying on, but for the most part people provide accurate accounts of what they think they see, and the volume and redundancy of what they report usually gives me confidence in them. That said, the average person is not in position to tweet about crippling shortfalls in a police budget or gaps in a disciplinary procedure for officers. I think it’s important that, as we manage staff reductions at newspapers, we make sure that essential reporting on police departments as institutions never falls through the cracks.

To read the rest of the interview, go here

Novelist and screenwriter Richard Prince contributed a foreword to the book, and he agreed to my request for an excerpt. It was a true privilege editing the words of Price! To read what he has to say about the different types of crime reporting, go here. 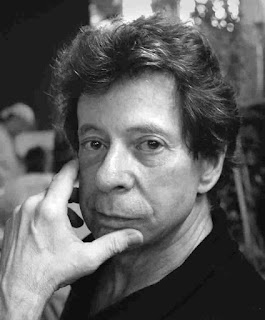