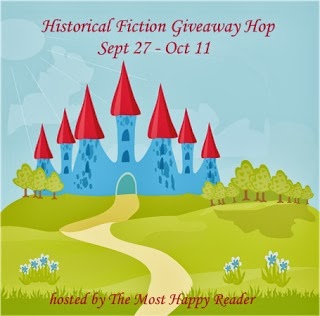 
a Rafflecopter giveaway
Posted by Nancy Bilyeau at 2:39 PM 13 comments:

The Nun Who Challenged Henry VIII


Author Judith Arnopp is running a Tudor blog pageant, and asked me if I wanted to participate. I wrote a post about Sister Elizabeth Barton, a Benedictine nun who took on Henry VIII and paid the ultimate price.

She worked as a servant until, after recovering from a serious illness, she experienced visions so startling that all the churchmen up to the Archbishop of Canterbury proclaimed then genuine. Her life bears some resemblance to Joan of Arc's a century earlier. Because she was a threat to the king, Sister Elizabeth, the "Holy Maid of Kent," became a nonperson in the Tudor era. Most papers destroyed. All the chroniclers who wrote about her later in the century were Protestant. I have tried to restore to her some of the prominence she held in the dangerous 1530s, in my novels and in my blogging.

Please read the full post on Sister Elizabeth Barton here..
Posted by Nancy Bilyeau at 7:49 AM No comments: