Who Inspired George R R Martin in "Game of Thrones?"


I'm a Game of Thrones fan, and nothing could give me more pleasure that speculating on the historical people who might have inspired George RR Martin. 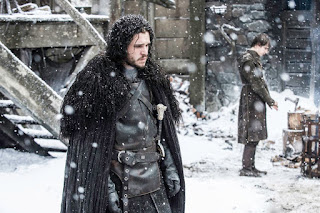 To read the story that just went live on Town and Country, go here!
Posted by Nancy Bilyeau at 2:37 PM 1 comment:

On the Fourth of July, I wanted to share my story on Nathan's Hotdogs, which started in 1916 with a nickel and a dream. 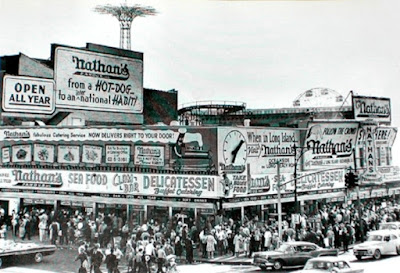 My story for The Vintage News:

On the Fourth of July, the corner of Stillwell and Surf avenues in Brooklyn, New York, is transformed into a media circus, with ESPN broadcasting live an event that for at least an hour puts baseball, America’s favorite summer sport, deep in the shade. Tens of thousands of people crowd close, breathing in the odor of fried food mixed with salt air, stepping over thick television cables, hearing the screams of seagulls overhead, to witness it: Nathan’s Famous International Hotdog Eating Contest.

Boosted by the popularity of competitive eating, the 4th of July contest is “Major League Eating’s Super Bowl, so to speak,” says sportswriter Mark J. Burns in a Forbes column. It’s a Super Bowl with stars, no less. Joey Chestnut, 33, the defending champion, downed 70 hot dogs and buns in 10 minutes in 2016, to set an all-time record. Former construction manager Chestnut is believed to earn upwards of $200,000 a year on the competitive eating circuit.

One wonders what the man who started it all—Nathan Handwerker—would make of this feat today. In 1916, he launched what became a hot dog empire with a small stand on the same corner. A near-illiterate shoemaker’s son accustomed to 18-hour workdays, at 19 he had left Poland and a family that hovered on the brink of starvation to follow his dream. “We were seven brothers and six sisters and we didn’t have a lot to eat,” says Handwerker in the excellent 2015 documentary Famous Nathan.

That Nathan Handwerker should end up a beloved fixture of Coney Island is perhaps not so surprising, for this stretch of beach in southwest Brooklyn drew the most audacious of all dreamers for decades