The Strange Death of Richard the Lionhearted 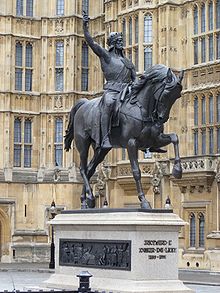 There are some mysteries of English history that intrigue me--I included the death of Richard I in my novel and made it part of the clues to the power of the Athelstan Crown.

Here, I write about the known facts of Richard's death:

http://englishhistoryauthors.blogspot.com/2012/11/the-strange-death-of-richard-lionhearted.html?spref=fb
Posted by Nancy Bilyeau at 6:10 AM