What Really Happened to Natalie Wood?

A month ago I wrote about the tragic death of Natalie Wood. Some startling developments in the case meant that it was time to update my story for The Vintage News today: 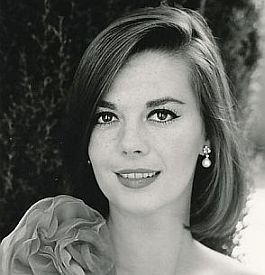 In a stunning development, Los Angeles County Sheriff’s investigators said in an interview released on February 1, 2018, that actor Robert Wagner is now a person of interest in the mysterious death of his then-wife Natalie Wood in 1981, and investigators want to speak with Wagner about the circumstances surrounding that death. No charges were filed after Wood drowned off Catalina Island on November 29, 1981. Law enforcement ruled the death accidental, but in 2012 the case was reopened and Wood’s death certificate was amended to “drowning and other undetermined factors.”

“As we’ve investigated the case over the last six years, I think he’s more of a person of interest now,” Los Angeles County Sheriff’s Department Lieutenant John Corina said in an interview with “48 Hours” correspondent Erin Moriarty. The full interview will air on the program “48 Hours” on February 3rd.

Hollywood mysteries have a way of seizing hold of us. To some, Marilyn Monroe’s death has contradictory, strange aspects to it, turning her 1962 demise into a cottage industry of books forwarding various dark theories. Unsolved crimes invite speculation, from the murder of silent-film director William Desmond Taylor to that of Hogans Heroes star Bob Crane.

But the death of actress Natalie Wood on November 29, 1981, is in a special category. When news broke that the 43-year-old was found drowned off California’s Catalina Island after being declared missing from their yacht by her actor husband, Robert Wagner, the world was horrified. Wood had been a star since she was a child, winning hearts as Maureen O’Hara’s daughter in Miracle on 34th Street in 1947. She dazzled in Rebel Without a Cause, West Side Story, Splendour in the Grass, Gypsy, and other big-budget Hollywood pictures.

After an investigation by the Sheriff’s Department and an examination by Los Angeles’ Chief Medical Examiner Thomas Noguchi, Wood’s death was declared accidental. New images flooded the newspapers and TV news, of a devastated Robert Wagner, wearing dark glasses....

For rest of the story, please go to The Vintage News.
Posted by Nancy Bilyeau at 5:11 PM