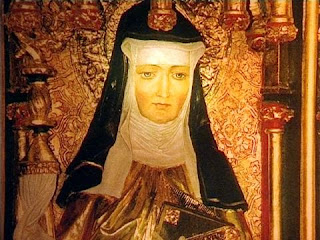 Nancy Bilyeau is the author of The Crown and The Chalice, historical mysteries set in Tudor England. The protagonist is a novice of the Dominican Order.
Posted by Nancy Bilyeau at 10:06 AM