My latest story for Town and Country magazine is a round-up of the most memorable feuds of the last century (and a little longer!). The premise being that Joan Crawford and Bette Davis are only the beginning :)

Some of the feuds are famous, such as the hatred between Wallis Simpson and the Queen Mother. 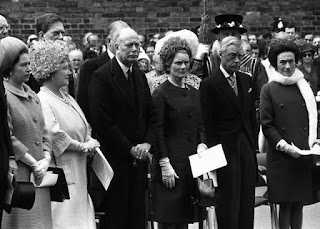 Some are less known but even juicier. :)

Two of the feuds that readers have particularly responded to are Alice Roosevelt versus Eleanor Roosevelt and Truman Capote versus Jack Kerouac, I think because in most cases there was a cruelty, a bullying of the other person. Poor Jack Kerouac was no match for Truman!

To read the story, go here.

Posted by Nancy Bilyeau at 7:17 AM